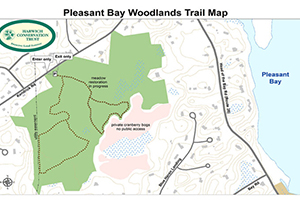 For many years, Harwich Conservation Trust (HCT) had been watching this top priority property, nearly 50 rolling acres in East Harwich just 1,000 feet west of Round Cove on Pleasant Bay. For decades, the land was the largest, undeveloped tract in the entire 21,000-acre Pleasant Bay Watershed shared by Harwich, Chatham, Orleans, and Brewster.

In 2013, HCT led the $3.6 million effort to save the sensitive watershed landscape. Several hundred donors contributed to the land-saving campaign including anonymous challenge donors, the Wequassett Resort, family foundations, and other nonprofits like the Friends of Pleasant Bay and Chatham Conservation Foundation.

“With groundwater flowing toward Pleasant Bay and nearby town water supply wells, it was vital to preserve this land that protects water quality as well as critical wildlife habitat and the scenic experience,” said Michael Lach, HCT Executive Director. 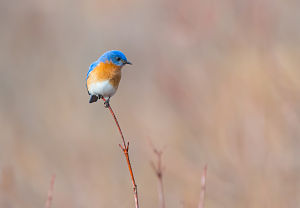 In addition to groundwater and habitat protection, the property has a unique and rich history. The Kendrick family purchased the property from the Monomoyick Quason family in the 1730s. Seven generations of Kendricks lived there. They included whalers, fishermen, salt makers, and cranberry growers. One member of the family, Captain John Kendrick (born c. 1740), was a Revolutionary War privateer and renowned explorer who led the first American voyage of enterprise and discovery into the Pacific.

Historian and author, Scott Ridley, who has written a book about Kendrick’s voyage said, “The story of this property is more than one about a single individual or family. Generation by generation it tells us the story of the Cape region.”

Since the time of acquisition, HCT has been working with an archaeological team to examine that history. The team is led by Elizabeth DeMarrais, a Massachusetts native who is a professor at University of Cambridge in England. She shares this responsibility with John Steinberg, a senior archaeologist with the Fiske Center for Archaeological Research at UMass Boston.  Tim Earle, a long-time Orleans summer resident and well-known archaeologist, and Ridley round out the team.

DeMarrais has coordinated volunteers and a half-dozen undergraduates to dig more than two hundred test pits and sift for artifacts. The first phase of work focused mainly on the areas proposed for the walking trails and trailhead parking area on Kendrick Road. After analysis confirmed that there were no sensitive archaeological sites in those areas, the parking area and trails were created this fall. Future research will target other priority areas. 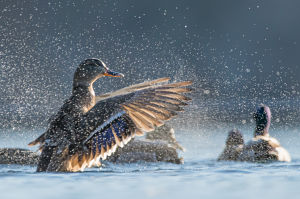 DeMarrais said: “We have been able to discover, first, the ways Native peoples lived in these woodlands, and then about their changing interactions with European settlers. Archaeology uncovers a fascinating local story in East Harwich over many centuries, revealing details of everyday life that are rarely recorded in written documents.”

Earle added: “Walking through the woods of the Kendrick farm is to experience history. As a kid, my connections with the bays, woods and farms on the Cape encouraged my imaginings of the past that all can enjoy.”

While the research has been going on, many hands have pitched in to open the new walking trails. The Town of Harwich Highway Department was instrumental in preparing the parking area from grading to mulching to establishing clear sight lines for drivers entering and exiting. The Woodworkers of the Chatham-Harwich Newcomers Club built the traditional timberframe kiosk. HCT volunteers and AmeriCorps trimmed trails, installed trail signs, and split rail fence.

HCT Trustee and Vice-President Andrea Silbert noted that these land preservation endeavors and trail access projects result from strong partnerships among many like-minded individuals and groups. Silbert also expressed appreciation for founding HCT Trustees including Robert F. Smith and D. Isabel Smith (no relation) who along with fellow volunteer citizens had the vision to start the local land trust back in 1988. 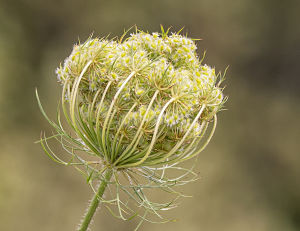 HCT members Neil and Anna Rasmussen, who live in East Harwich and Concord, MA, contributed to the Pleasant Bay Woodlands Project as well as other HCT land-saving efforts in the watershed.

Neil remarked on the site’s importance and HCT’s leadership role in preserving high priority natural lands, saying “You only get one chance to save a place like this; in addition to being one of the only remaining tracts of undeveloped land in the area, it also has unique and important historical associations to the early origin of Harwich. The Harwich Conservation Trust not only preserves the land, but goes much further by improving access and water quality, as well as monitoring and improving conditions for wildlife.  The Trust is unusually good at making places better, which is why we are so proud to support it.”

The trailhead parking area is located at #75 Kendrick Road in East Harwich (02645) about halfway between Church Street and Route 28. 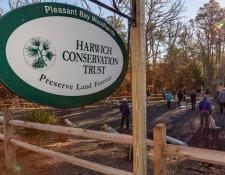 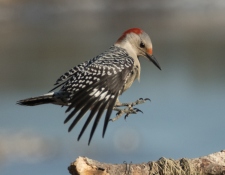 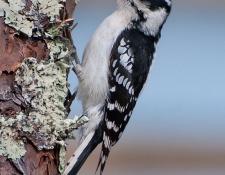 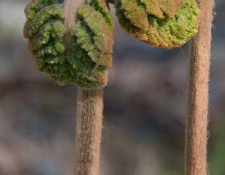